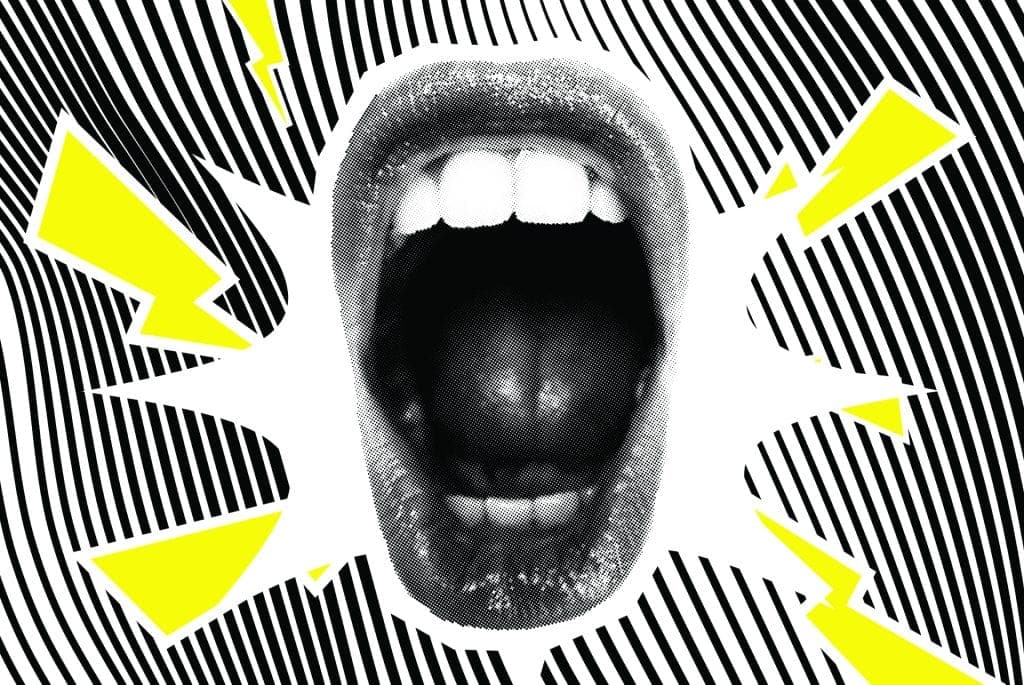 Words are made up. You already know that, but it’s easy to forget. Because they’re a social construct, they are (ironically) not written in stone. A word only means what we all agree it means.

Over time, words are first used in good faith as a descriptor before being taken advantage of and turned into something darker. Words like insane or OCD that once earnestly described a condition are now used as an insult or an adjective of ill intent, thanks to years of people abusing these words.

An easy pitfall is finding yourself insulting someone with the word crazy. Although your intention may be harmless, this sends a clear message to anyone around you suffering from mental health problems – even people you care about.

Maybe you just use the word crazy to describe people you see as bad people, and that excuses it in your mind. What this really communicates to the people around you with mental health issues is that you’d make fun of them, too, if they ended up on the wrong side of you.

Should we drop the word crazy in general? That’s a little harder to nail down. Generally, the consensus seems to be that usage is very dependent on context.

Let’s look at some examples. It’ll be fun.

Sure, that may be more appropriate.

That is a perfect example of what not to say. It’s hurtful and frankly isn’t very descriptive.

That is… not really correct. That’s not how OCD works. What you’re describing is hyperbole, and a person’s mental health can’t be described accurately as such.

What should I say instead?

Just be more specific. The problem with crazy is not just that it’s offensive, it’s also that the word leaves too much up for interpretation. The meaning of the word crazy has become so diluted thanks to people using it willy-nilly. Take some of the previous examples:

Instead of calling someone crazy, single out the behavior that you’re criticizing. Say that they’re unqualified, or reactionary, or inept.

In fact, there are hundreds of words in the English language you can use to more specifically address your concerns. Don’t just go to a thesaurus and type in “crazy,” however. You’re just going to find more words like “hysterical” or “lunacy” that are just as offensive.

I don’t mean to be offensive. Why do I have to stop saying the word crazy?

Intent is only part of what makes something hurtful. Just because you didn’t intend to hurt someone’s feelings or make them feel offended doesn’t mean it isn’t your responsibility. Sure, you can go around saying whatever you want and not worry about anyone else’s feelings, but you’d be happier if you did care.

The post Stop Using the Word Crazy as an Insult appeared first on ketamine.news.