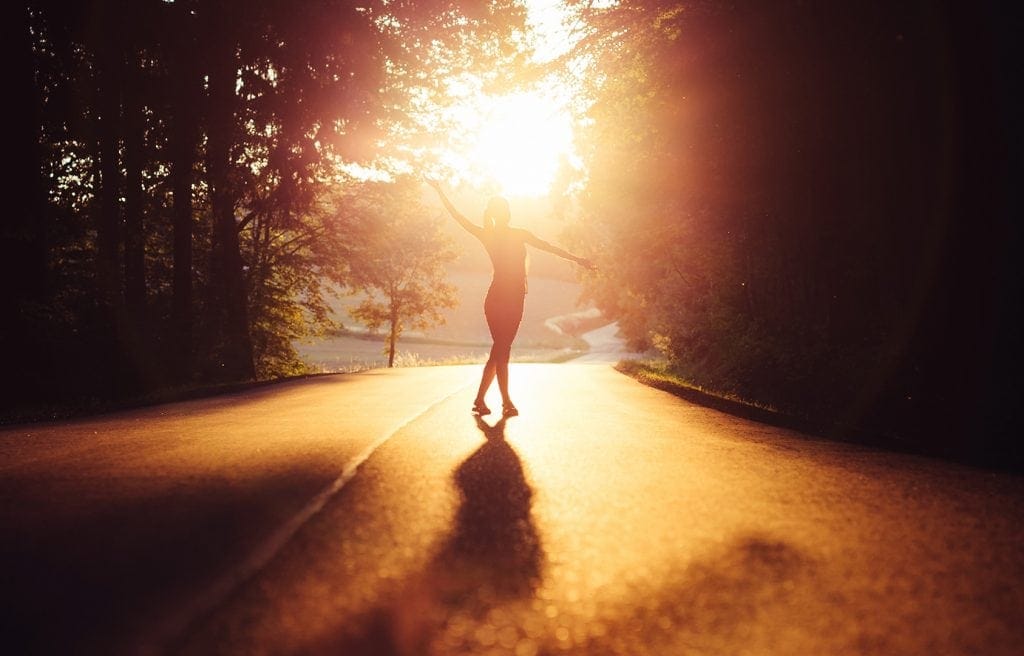 WHAT IS SHADOW WORK?

Your personal shadow isn’t defined only by the featureless part of you that follows behind.

The shadow is a psychological term coined by Swiss psychiatrist, Carl Jung, that means the shadow makes up everything we can’t see in ourselves. It’s the disowned self, the parts of us we don’t—or outright refuse—to acknowledge. The parts of ourselves that we tuck away from the light, so that we can control the “perfect image” of how others perceive us.

The problem is the more we tuck away the more likely we are to forget about the problem. This could sound like an ideal scenario–“out of sight, out of mind”–except forgetting about an issue is different from erasing one.

Our shadows require work in order for us to better ourselves, but how do we do that?

If the shadow is the part of you that holds on to the deepest wounds, the ones that fester and have you believing you’re flawed, unlovable, undeserving of the good things in life, then shadow work is the healing process. You are, quite literally, working on your shadow. You’re working on the parts of you that need to be addressed.

Otherwise, we begin to see in others the parts of ourselves that we hate most, whether they are truly there or not. In psychology, this is called projection: a defense mechanism in which the human ego protects itself against unconscious impulses or qualities by denying their existence in themselves while attributing them to others.

This can lead to harmful dynamics at work, with friends, or even your love life.

Another way to look at the shadow is through the eyes of Robert Bly. In 1986, Bly published a book titled, A Little Book on the Human Shadow. In it, Bly talks about how a child responds to adults’ telling them the parts they need to hide away. He writes, “When we were one or two years old we had what we might visualize as a 360-degree personality… A child running is like a living globe of energy.

We had a ball of energy, all right; but one day we noticed that our parents didn’t like certain parts of that ball. They said things like, ‘Can’t you sit still?’ Or ‘It isn’t nice to try and kill your brother.’ Behind us we have an invisible bag, and the part of us our parents don’t like, we, to keep our parents’ love, put in the bag. By the time we go to school our bag is quite large. Then our teachers have their say: ‘Good children don’t get angry over such little things.’ So we take our anger and put it in the bag. By the time my brother and I were twelve in Madison, Minnesota, we were known as ‘the nice Bly boys.’ Our bags were already a mile long.”

It isn’t just childhood that sorts our things into bags, but adulthood as well. The first step when it comes to looking your shadow head-on is self-reflection. A good way to start is by asking yourself, how long is your bag?

HOW SHADOW WORK CAN LEAD TO HEALING

Facing your inner-self can be difficult, especially when it means tackling every piece of you that you’d rather tuck away rather than deal with directly. The idea can be scary, but without it some of the negative issues that can become of it include:

Shadow work is the process of exploring the parts of yourself that you’d rather not face, but the healing process isn’t stagnant. You will move forward, and in doing so, your bag will become lighter.

Traditionally, plant medicine, such as psychedelic mushrooms, have acted as a bridge between an illness and the healing process. Psychedelic mushrooms are a sacred plant in many cultures, especially those with roots in shamanic healing. In shamanism, the negativity in regards to the soul are symptoms of a wounded spirit. According to the Meehl Foundation, “The causes [of a wounded spirit] are believed to have originated in childhood and are products of natural ego, serious traumatic experience or societal conditioning… being neglected, feeling unloved or unsafe are all traumas that people need to be healed of.”

In modern times, the practice has extended beyond shamanism. It’s used by spiritual guides, therapists, psychiatrists, psychologists, and psychotherapy. According to Forbes, modern medicine has been making itself known in the use of treating mental illness with psilocybin (mushrooms).

Roland R. Griffiths, P.h.D, a psychopharmacist and professor in the Department of Psychiatry and Behavioral Sciences and the Department of Neuroscience at the John Hopkins University School of Medicine, said his group’s 2006 publication in Psychopharmacology on psilocybin is widely considered to be the initial study that sparked a renewal of psychedelic research across the globe.

WHAT IT ALL MEANS

Just because your shadow follows you wherever you go doesn’t mean you’re stuck carrying around your problems forever. Your shadow may be present, but your bag doesn’t have to be full. An essential part of growth is seeking help after accepting that some problems may be too big for you to tackle on your own, and that’s okay. Shadow work has become not only a spiritual tool for healing, but is becoming a medical one as well.

For more information on how spiritual tools are shaping the medical world, check out our article on EGO DEATH found here.