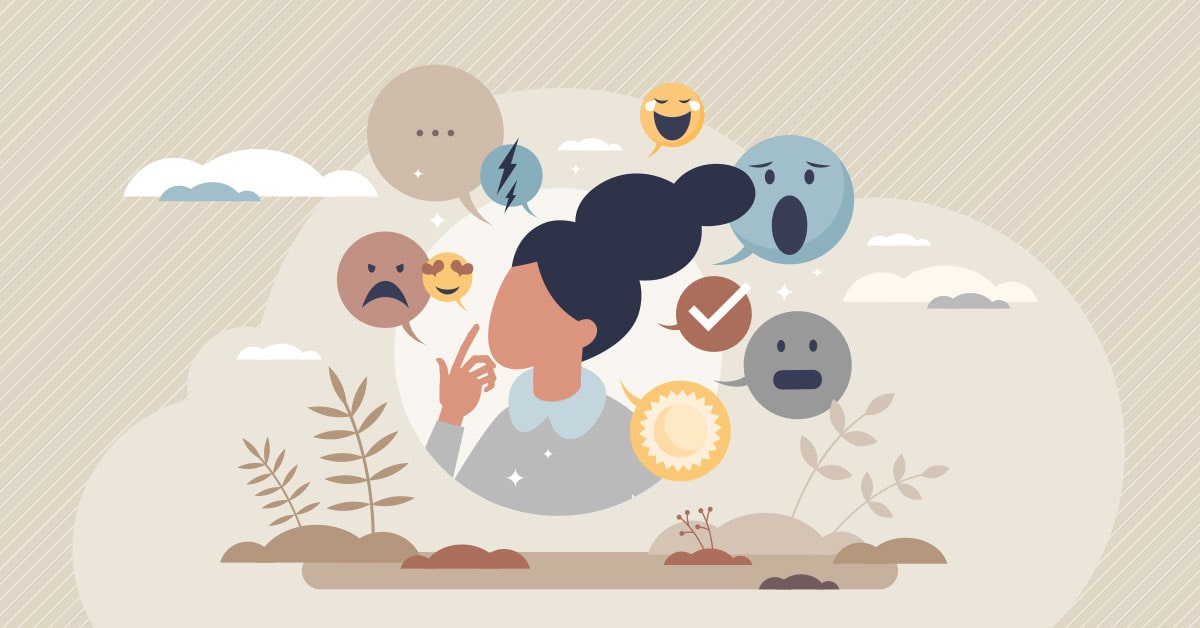 Obsessive-compulsive disorder, more commonly known as OCD, is a chronic disorder in which a person has uncontrollable, recurring thoughts and/or behaviors that they feel the urge to repeat constantly.

In addition to being difficult to live with, OCD is also a common condition. According to SingleCare, OCD is one of the top 20 worldwide causes of disability, one of the top 10 when ranked in lost income, and affects one in 40 U.S. adults and one in 100 U.S. children.

This blog will dive into how people afflicted by OCD compulsions can challenge them as well as the treatment options that could help them live better lives.

What Are OCD Obsessions and Compulsions?

Most people experience unwanted, intrusive, and disturbing thoughts common to OCD sufferers. However, most people dismiss these thoughts and do not register them as an issue in their daily lives.

The problem for OCD sufferers is that these thoughts become obsessive.

Rather than one of these invasive and uncomfortable thoughts naturally fading away, a person with OCD experiences these thoughts relentlessly and with a mental and physical response. The more the idea is repeated, the more anxious they become. This anxious cycle is distressing and can become detrimental to a person’s everyday life..

One of the primary tenets of OCD is the principle of thought-action-fusion.

Thought-action-fusion means people with OCD may believe that simply thinking about something is morally equivalent to actually doing the act. Or that if they have thoughts about the future, like a car accident, that event will actually happen unless they do something to prevent it.

Some people who know they have OCD and know that their ideas could be dangerous might try to suppress them by closely monitoring them. However, this practice, known as “hypervigilance,” can be counterproductive.

The dedication to labeling destructive thoughts can be overwhelming, leading the affected person to push them away. This technique may backfire, and research suggests that people with OCD who try to suppress their thoughts may do more harm than good. Telling yourself not to think about something brings more attention to it. An example would be telling someone not to think about blue elephants, knowing that the first thing they will think of and then obsess over are blue elephants.

How To Challenge OCD Compulsions

Awareness and recognition of OCD thoughts differ from suppression. People with OCD can be aware of their thoughts without needing to suppress them. The first step is to recognize that the idea is trying to exert control over you and then challenge it.

People can begin to separate themselves from their obsessions and compulsions and look at them more objectively. Then they can start to trace a pattern back to what causes these thoughts and how you react to them.

There are many medications available that may help control OCD compulsions. These medications include:

People suffering from OCD compulsions may also find relief from other non-prescription drugs, such as herbal or natural supplements which include St. John’s wort, 5-HTP, kava, and milk thistle.

Other forms of challenging OCD compulsions include:

Some doctors are calling ketamine therapy a game-changer that is here to stay. While most of the other treatments for OCD listed take weeks, months, or years to have an effect, ketamine therapy can relieve OCD symptoms in minutes.

Ketamine therapy is a relatively new form of treatment for OCD. Patients usually begin to feel better as soon as 30 minutes after their first treatment, and each treatment can last from one to two weeks or more, with most patients not returning to their historic baseline levels afterward.

People who suffer from OCD do not have the same luxury of letting thoughts go that the rest of the population does. The most straightforward idea can take hold of them and cause unmanageable anxiety, stress, and obsession. These thoughts may make certain aspects of life difficult to cope with, leading the person to attempt to suppress them.

However, the urge to stop OCD thoughts should be avoided, as attempting to do so can cause additional harm. Acknowledgment of these harmful thoughts without identifying with or analyzing them too deeply is much more helpful.

There are many ways to challenge OCD compulsions for people suffering from this condition. However, around one-third of OCD patients do not experience significant relief from treatments such as CBT and antidepressants.

If you or someone you know is suffering from OCD compulsions, consider ketamine infusion therapy from the Minnesota Ketamine & Wellness Institute. Within minutes, patients can begin to feel less anxious and start to understand what living a life free of OCD could feel like. Click the link below to learn more.